Our trip to Cuzco started in a very interesting way with our arrival at the airport in Lima where we tried to check in for the flight and it turned out that because we didn’t check in online there is only one free seat for one of us on the plane (we were a group of three – Martina, Ivo and me)?!? This sounded like a joke to me, but luckily Martina, who knows Spanish, was able to communicate with the airline company representative who didn’t understand a word in English. So we ended up waiting for a next flight departing in 1-2 hours which ruined my good mood a bit. It also turned out that the guy at the check in counter also lied about the departure time of the flight so when we went to the gate it turned out we have to wait another 30-40 minutes till it’s opened. Meanwhile I had to text our host in Cuzco and update her every time since she was going to wait for us at the airport. 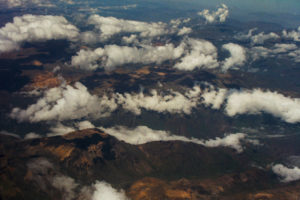 The view from the plane made me forget about all this trouble in a few seconds, especially when we got closer to Cuzco and were flying over the Andes. It was incredible flying so close to Earth. Now we could see with our own eyes how high this city is located (which was a huge concern for us), after reading so much about altitude sickness. 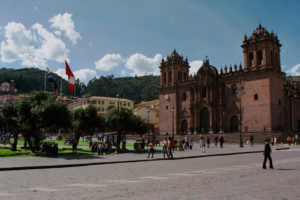 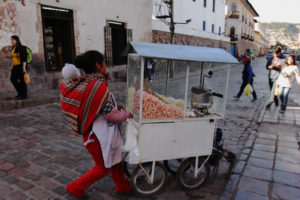 We arrived in the capital of the Inca Empire in the early afternoon and since we were starving after the long hours spent at the airport, we took a taxi to the city center. It was May 1 and people were celebrating, the main square was full of tents with locals selling different meals. There were small tables inside the tents where you could hide from the sun and enjoy a traditional meal. 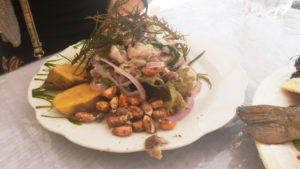 Martinka tried the Ceviche – fresh raw fish with a lot of lemon juice and onions. Ivo and me tried their trucha – trout served with sweet potato, corn and marinated vegetables. This was the best meal we had during the whole trip! We walked a bit in the center and then we had to sit in a coffee place and drink some coca tea, because I felt really ill (probably because of the altitude). What we were advised to do so that we avoid any problems caused by the high altitude was to drink a lot of water 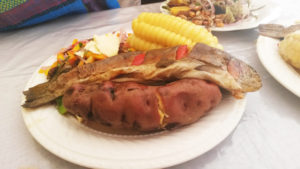 or coca tea, the latter known in Peru as mate de coca. In all hotels and most of the guest houses you have coca leaves and hot water at your disposal so that you can go through this difficult adaptation process easier. It helped me a lot especially during the first 1-2 days (Cusco is set at an altitude of 3,400 m).

While we were walking the streets we found the office of a tour company which was offering tours in the Sacred Valley – here is their website. We had heard it is quite affordable to use their services so we were very lucky to run across their office while enjoying the afternoon streets of Cusco. We booked three tickets and paid $20 per person. On the next day we had to arrive early in the morning in front of the agency office and catch our bus. There was a guide in the bus providing us with useful information while we were exploring the ruins. For those who don’t feel well in Cusco due to the altitude, the Sacred Valley trip is a great way to acclimatize as the towns there are located 700-800m lower than Cusco. 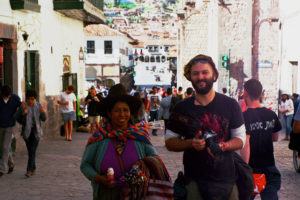 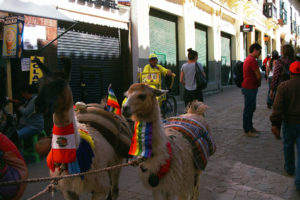 Our tour started with an  incredible view over the Sacred Valley and the Urubamba river which then turns into the Amazon. 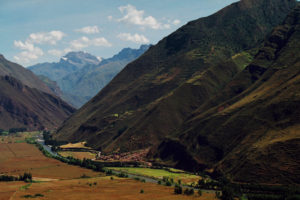 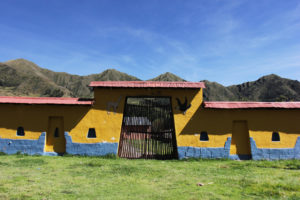 The first archaeological site we visited was Pisac. There we saw the famous agricultural terraces of the Incas for the first time. The ruins lie on top of a hill while the village of Pisac is located under it. It is famous for its market which we unfortunately had very little time to explore. According to our guide the archaeological site is in times bigger in size compared to Machu Picchu. 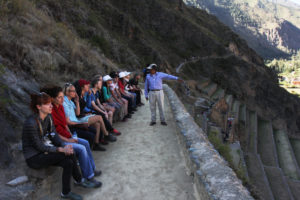 We then left for Urubamba where we were taken to a restaurant with a buffet table where we could enjoy some local meals for about 12$ per person. We didn’t really like the place but there was no other option for us so we stayed there and joined our group. 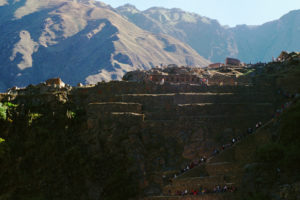 Once ready with the lunch we headed to Ollantaytambo. We had booked accommodation in the town so our trip with the group ended there (the people accompanying us during the trip then continued to Chinchero). The archaeological site is quite impressive and the foundations of many of the houses in the town date back to 15th century. The part of the hill facing the town is occupied by terraces and once had religious functions. 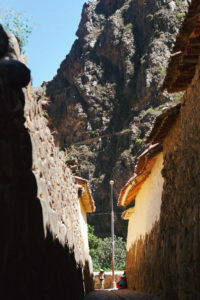 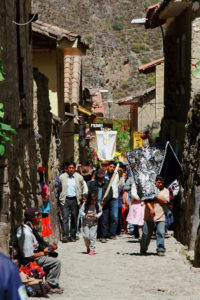 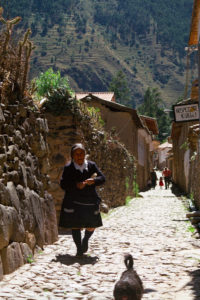 The Incas built several storehouses on the hills surrounding Ollantaytambo. On the picture below you can see one of them next to the face of one of their gods carved in the stone.

We checked in at our hotel which had a beautiful terrace view over the town and was facing the hill with the Inca terraces and ruins. After enjoying it for a while we decided to go to the train station and buy tickets to Aguas Calientes for the next day. Aguas Calientes, also known as Machu Piccu Pueblo, is the closest access point to Machu Picchu. So if you want to be enjoying the ancient Inca town early in the morning and thus avoid the crowds, your best bid will be to sleep in the village and either climb the hill early in the morning or take one of the buses leaving every couple of minutes. 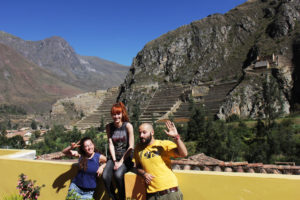 We bought our train tickets for the next day, enjoyed a nice dinner and went to bed. Due to the time difference I was waking up every morning around 4 a.m. and was feeling totally exhausted in the evening around 7-8 p.m. 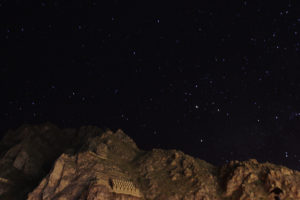 On the next day we had some time to explore Ollantaytambo so we walked the narrow streets and also checked the local market where we bought delicious homemade cheese and vegetables. The market is located very close to the main square. 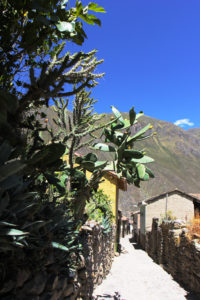 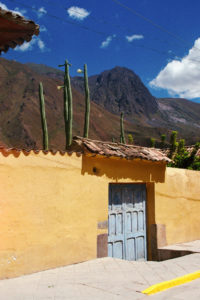 We then took our backpacks from the hotel and headed to the train station. Our train had windows on the roof which allowed us to see the mountain peaks. The river was following us the whole time and offering a splendid view. Upon arriving in Aguas Calientes we felt a bit disappointed by its looks, but in a couple of hours started discovering the village had its own charm. 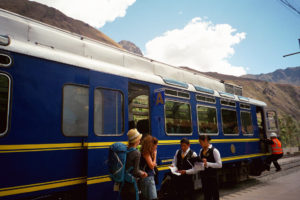 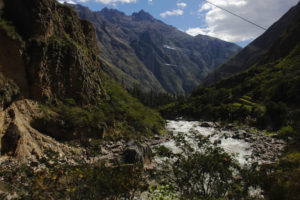 More about our Machu Picchu experience here and about Salinas, Maras and Moray here