Corfu is a truly magical place – its nature, the atmosphere, all these old houses which every now and then make you wonder whether you are in Greece or in Italy, the hidden villages with their cute little squares and small restaurants, the locals sitting on benches and just quietly watching how the newcomers wonder around.

It is best to have a car in order to be able to really explore the island and not get stuck in one of the very popular resorts, crowded with tourists where you will have to pay a lot more for basically everything.

For our stay we found a hotel in Acharavi – a settlement in the northern coast of the island. It was a great choice – the room was facing a small street leading to the sea and the birds perched on the trees around were our wake up alarm in the morning. It was a heavenly experience.

There are two ferry ports in Corfu – one in Kerkira and one in Lefkimmi. We decided to take the ferry to Lefkimmi which is located in the southern part of the island and since we had booked accommodation in the north we had to ride along the whole island which was a great way to explore it. We stopped in Kerkira to have lunch. The funny thing about it was that there was a Bulgarian family sitting next to us and since Ivo’s favorite dish in Greece is the octopus which they had on their table, he asked if they like the way it was prepared. They were not very impressed with it and when they were leaving the restaurant they gave us the plate with the octopus in it, which they haven’t touched. This created a huge confusion among the waiters who didn’t see what happened and probably thought we just “stole” the plate from the other table. Honestly, we were not impressed with the food there either which was also overpriced. 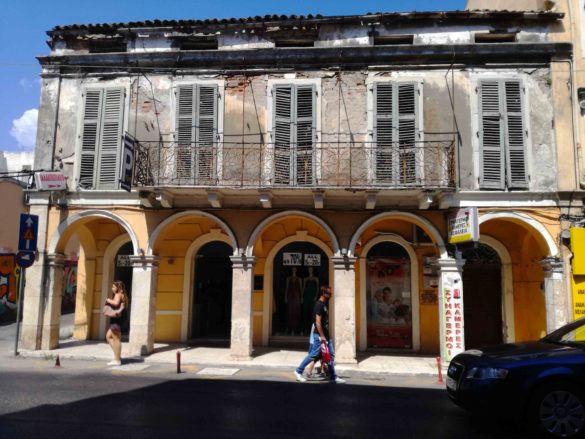 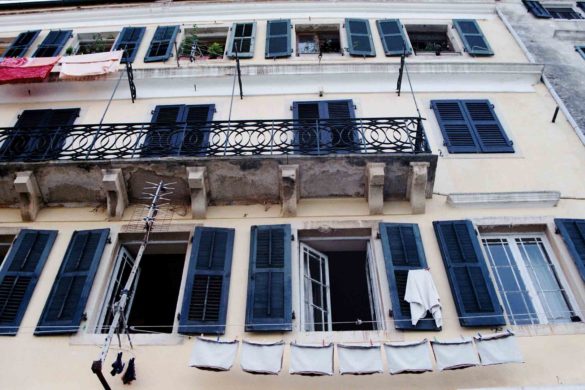 After spending some hours in the administrative capital of the island also known as Corfu town we headed to Acharavi to check in and have some rest.

On the next day we passed through the village of Sidari, which was quite touristic and we decided not to stop there and went to Cape Drastic – one of the most beautiful places we saw on the island. The water had all shades of aquamarine, the cape was so bright and all the vegetation around was just the finishing touch. 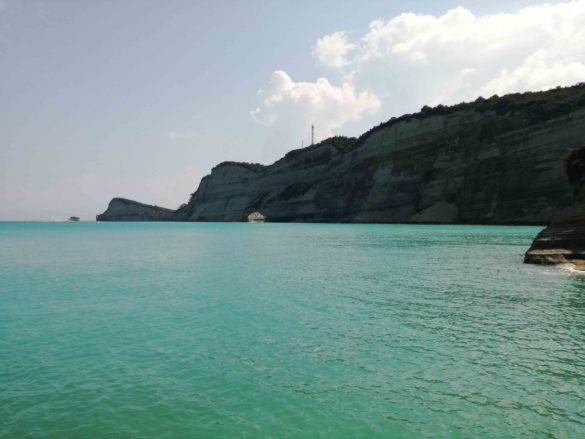 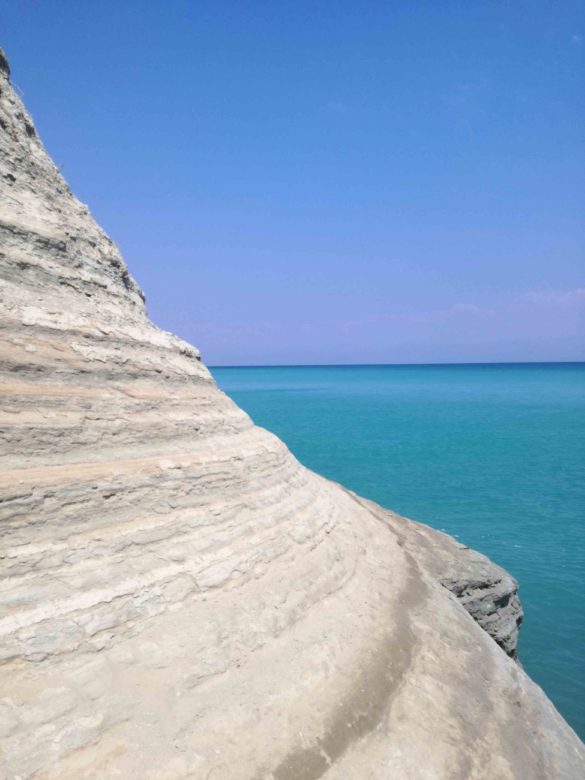 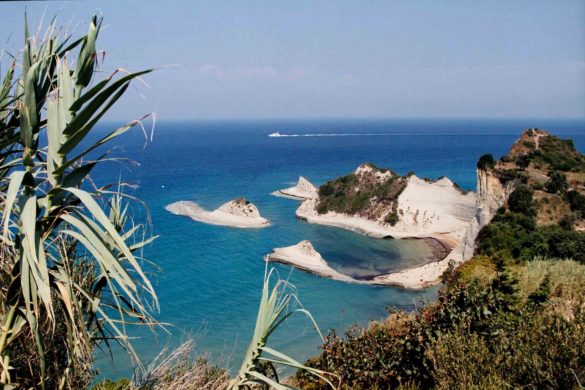 Our next stop was the Sunset Beach near Peroulades. The restaurant area there offers a great view over the coast and the cliff cutting upright the beach. We didn’t see the sunset there as we arrived too early but would definitely check it if we go there again. 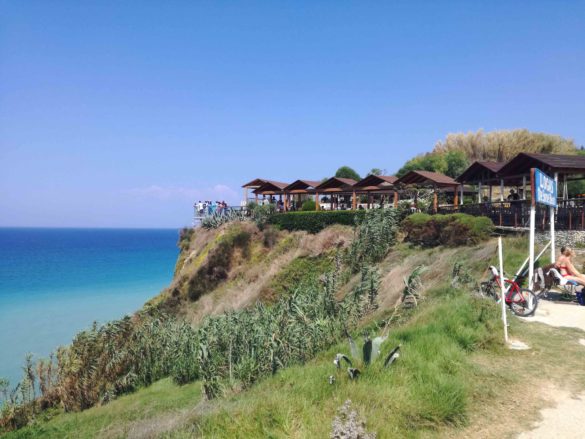 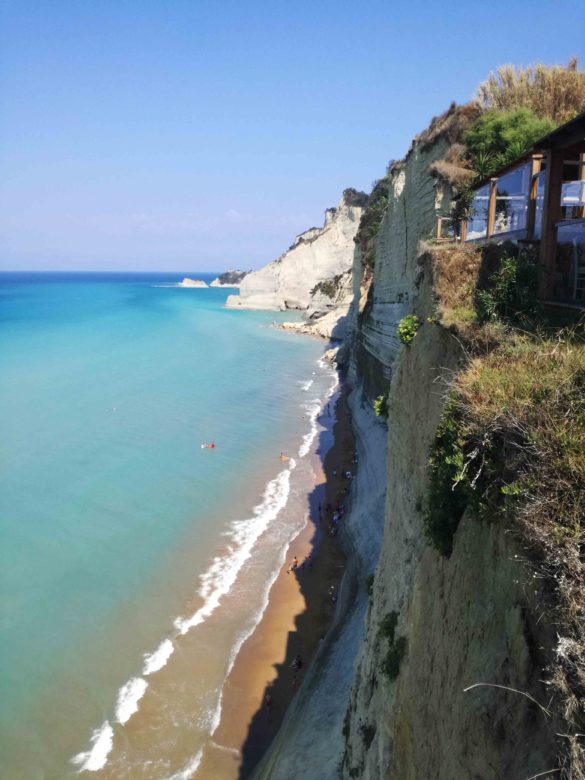 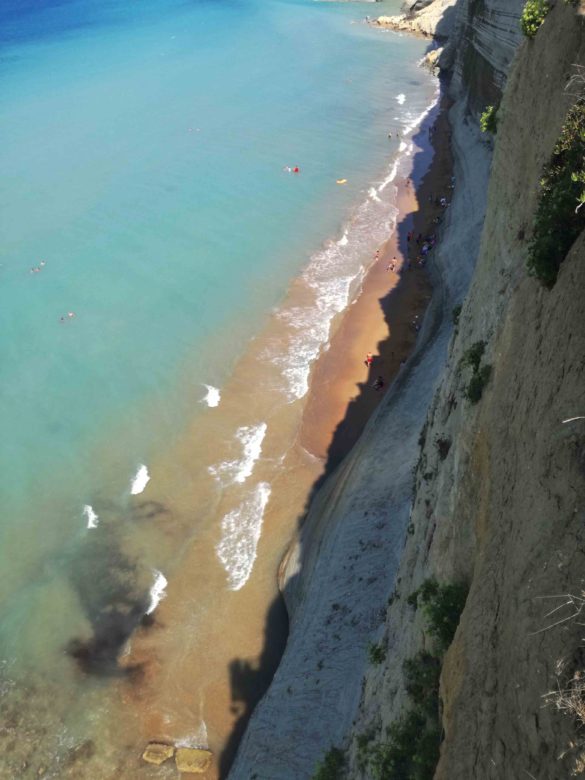 We then headed to Agios Georgios to meet with some friends. On our way we also checked the long beach of Agios Stefanos which looked very dirty and crowded. Agios Georgios was somewhat better but still not our cup of tea – it lacked the intimacy of the small hidden beaches and there were way too many people around. We spend a few hours there and then decided to go to another place to watch the sunset. 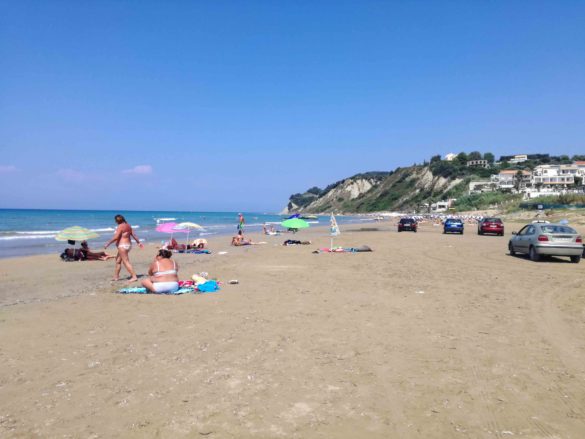 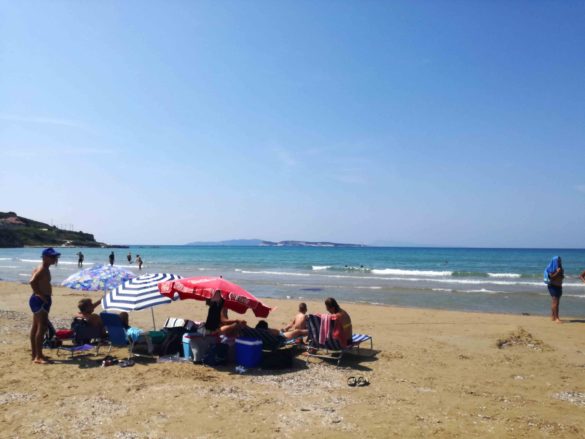 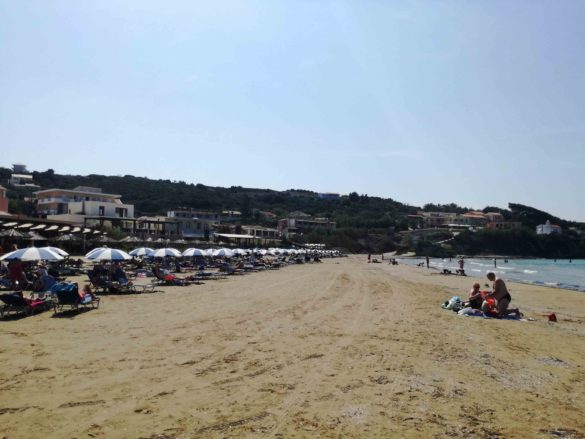 For this purpose we headed to Porto Timonis – from Afionas where we parked our car we walked a bit towards Dionysos Taverna where we asked for directions. The waiter showed us a small path which led us to the two-bay beach of Porto Timonis. We arrived just on time to see the sun transferring into a red-orange fireball and disappear in the calm sea. There were less than 10 other people there who all left after the sunset so we spent some more minutes alone in this amazing place. We then had to pay the price for having the beach for our own – we had to climb the narrow steep path in the dark, but it was totally worth it. 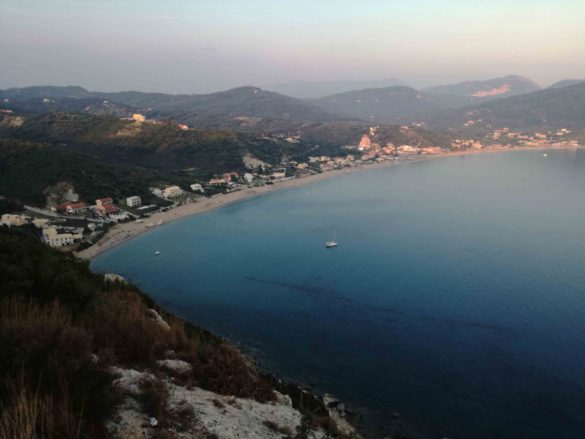 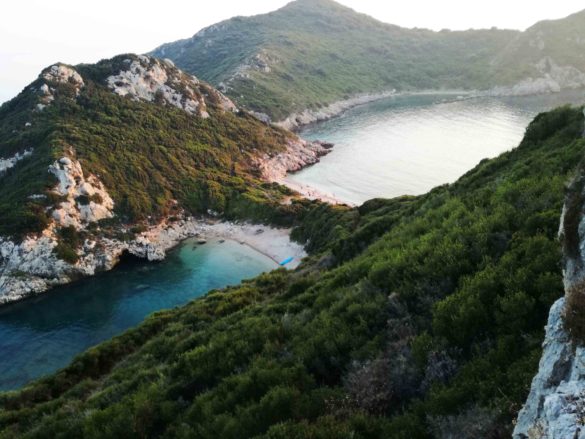 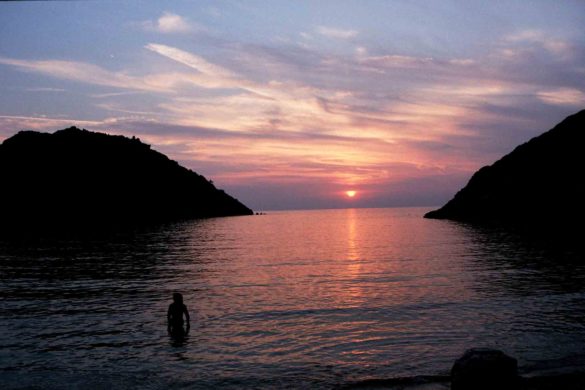 We enjoyed a great dinner in the Pumphouse in Acharavi – the place is so popular that it is difficult to get a table.

On the next day we headed to Paleokastritsa where to meet with our friends who were staying there. Paleokastritsa is located on the northwest coast of Corfu and is considered as one of the most beautiful villages in Corfu. This is why it is also among the most popular tourist destinations, is much more expensive than most of the other settlements on the island and is packed with people.

We decided to go to a smaller hidden beach –Limni – which you reach after walking through a forest of olive trees which looks like enchanted. At one point the path splits and you can choose between a small two bay beach and another very small one which we eventually preferred to stay on. The water was incredible, there were almost no people and we spent the whole day there. 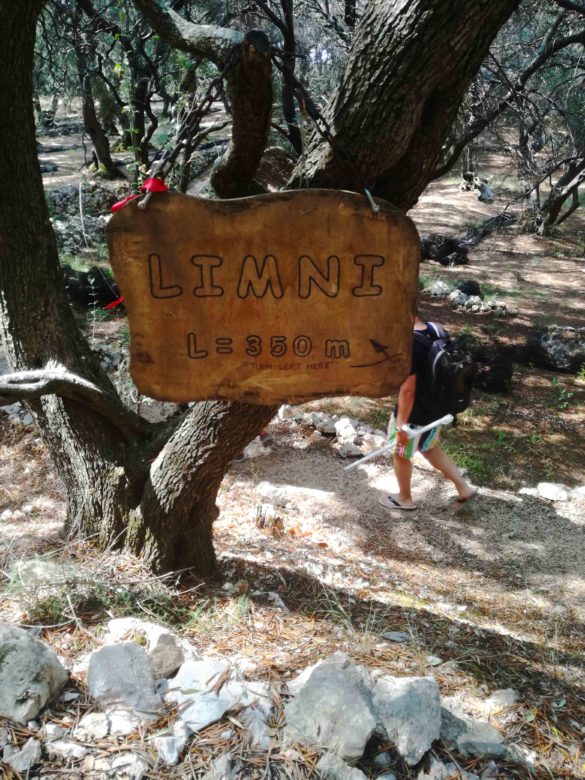 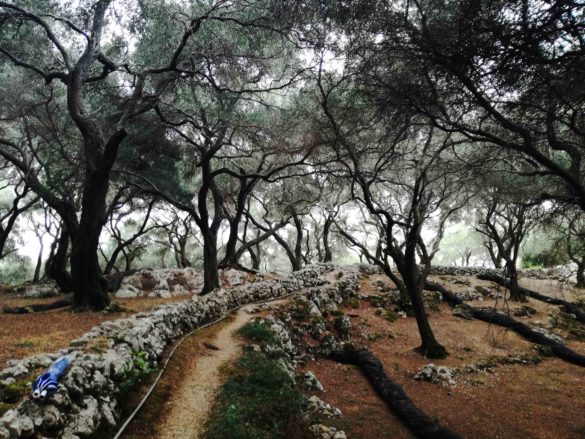 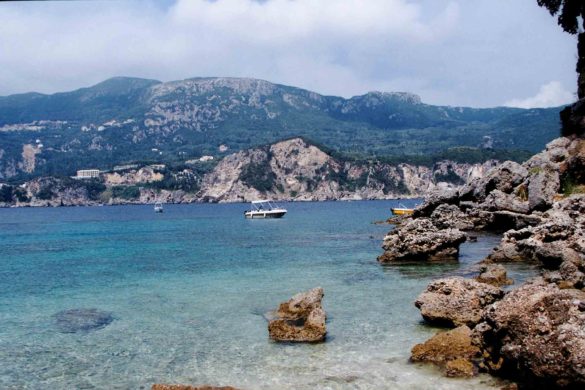 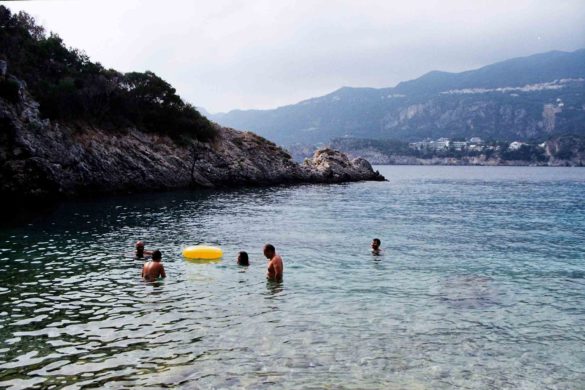 We went back to Acharavi to have dinner in the Lemon Garden restaurant which I highly recommend not only for the food and the cocktails, but because of the atmosphere and the best service ever.

On our last day we didn’t have much time as we had to take the ferry in the late afternoon so we decided to check a small village we have seen the previous day on our way back from Paleokastritsa – Doukades. It had a beautiful small central square with cute restaurants and old houses, well taken care of, which reminded us of Italy. 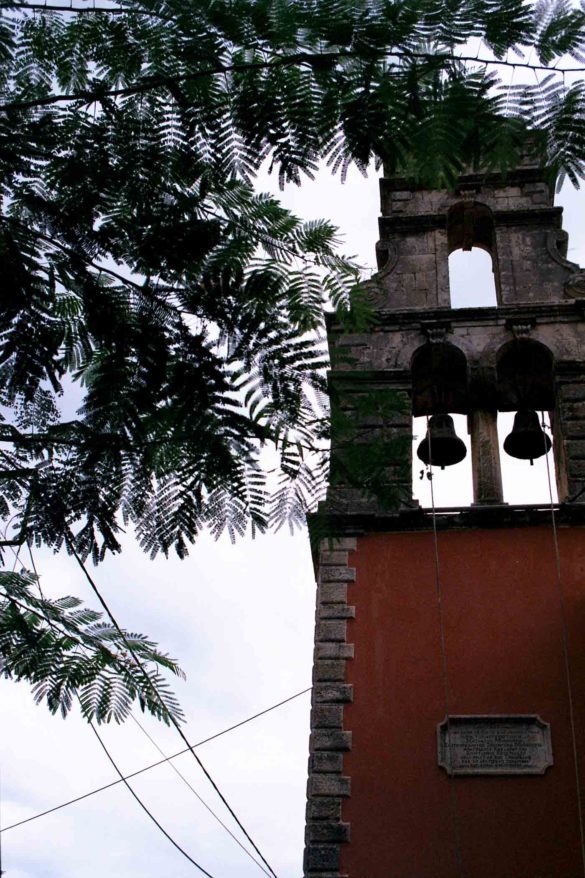 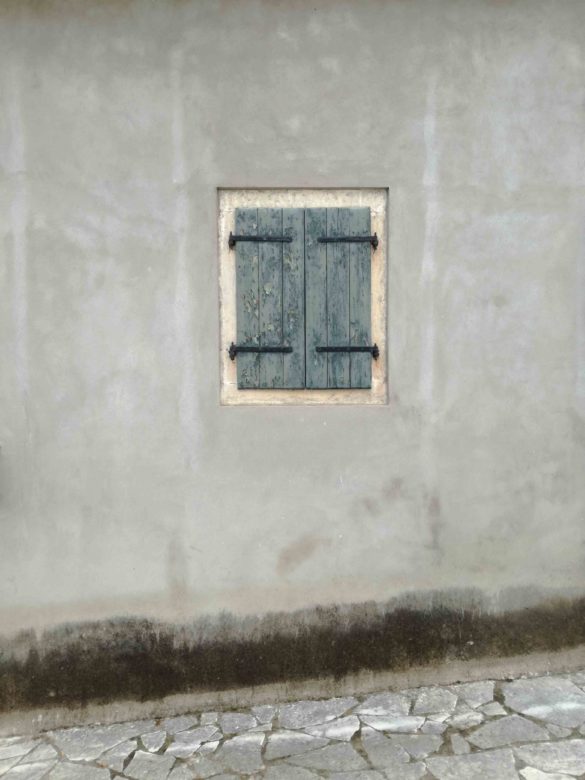 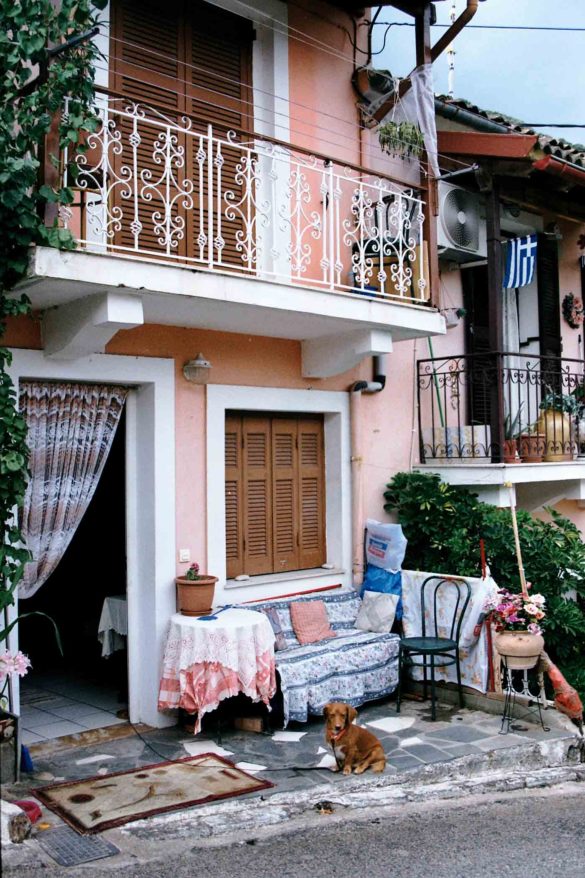 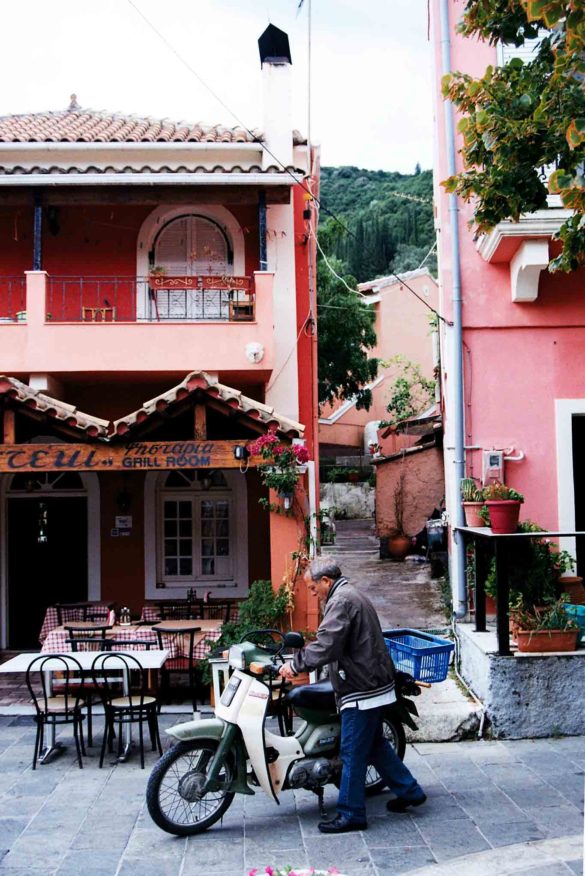 Our last destination before we leave was a beach on the south – Halikounas – it stretches for more than 3 kilometers and a road separates it with the famous Lake Korission. Unfortunately by the time we reached the beach the weather got really stormy and the road was flooded so we couldn’t really see the beach. 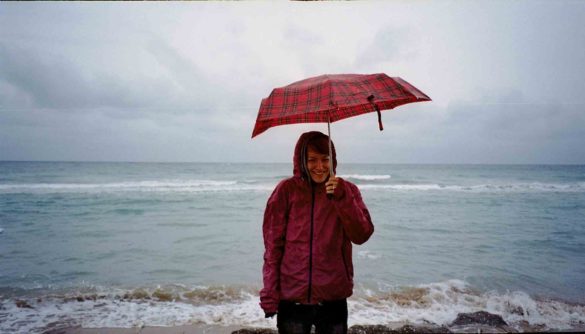 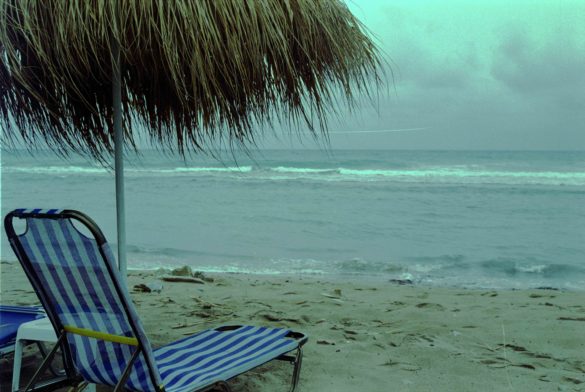