Top 10 things to do and see in Hanoi

After spending one week in Hanoi we have prepared a list of what you shouldn’t miss when you go there. Just walking around in the Old Quarter was absolutely enough for us to enjoy this amazing city, but there is so much more it has to offer.

1. Hoan Kiem and Bay Mau lakes
The first one is conveniently located within the Old Quarter where you should look for accommodation. The alleys around the lake and the quiet streets in the evening make it a grate place to relax from the noise of the city which accumulates in your head during the day. 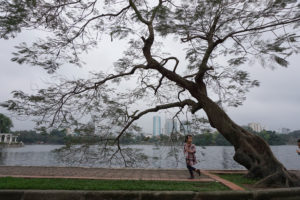 Bay Mau is somewhat far, but in my opinion the better lake, where locals play all kinds of sports, teenagers skate, lovers spend timeless hours sitting on a bench, people walk their dogs, etc. If you decide exploring the French Quarter, then the lake will be not too far from it and you can combine them both when heading in this direction.
There is an entrance fee of 4.000 Dong for Bay Mau (1 USD= 22.700 Dong)

2. Ngoc Son Temple
This is Hanoi’s most visited temple located on a small island in Hoan Kiem lake is my most favorite place in whole Hanoi. The island’s flora is absolutely magical, you can feel the energy of the place and recharge withing minutes.
The entrance fee is 20,000 Dong. 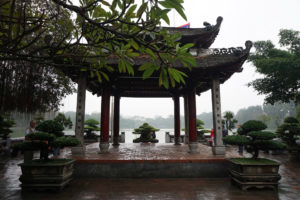 3. Street food/street restaurants
Compared to other countries in South East Asia, Vietnam is the cleanest, so even for those who are worried about their stomachs I would say that street food is not to miss. It is yummi, cheap and you get an idea of how locals dine. As Vietnamese cuisine is famous for the use of fresh herbs and vegetables, make sure to put them in a very hot soup like the popular Pho Bo (noodle soup with beef).
One meal on the street should cost you around 40,000 Dong.

4. Ho Chi Minh Complex
President Ho Chi Minh was recognized by UNESCO as the one who “devoted his whole life to the national liberation of the Vietnamese people”. In his honor the government built the Hochiminh Complex after his death. The complex consists of Ho Chi Minh’s Mausoleum, Ba Dinh square, Presidential Palace, Uncle Ho’s House on stilt, One pillar pagoda and Ho Chi Minh Museum.
If you want to enter the Mausoleum, then you have to wake up early as the last admission is at 10:15 a.m.
The entrance fee for the museum, the stilt house and the pagoda is 25,000 Dong for each, admission in the mausoleum is free. 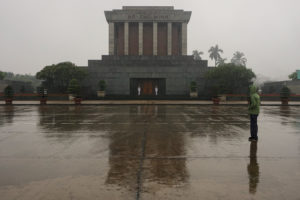 5. Temple of Literature
The temple is dedicated to Confucius and hosts the oldest university in Vietnam. Founded back in 1070 the complex honors the country’s finest scholars. It has a beautiful garden, a pond known as the “Well of Heavenly Clarity” and ithe pagoda inside is a popular place among pilgrims.
Entrance fee: 30,000 Dong 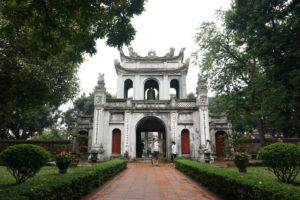 6. Hanoi Ceramic Road
The 4km ceramic mosaic project was commenced in 2007 and completed in 2010 for the 1000th birthday of Hanoi. Many local international artists took part in it and you can check it out after visiting the next one which is not to miss – Long Bien Bridge. 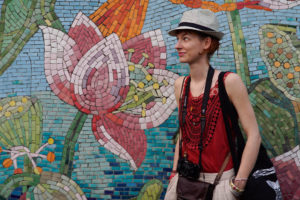 7. Long Bien Bridge
The bridge, which was designed by Gustave Eiffel, is not only an important transport connection, but also a symbol of the resilience of the Hanoian people, who repaired it every time after it was being bombed during the American war. 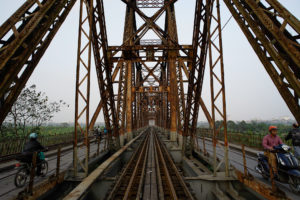 8. Vietnamese coffee
Even if you are a tea lover like me, it is worth trying the vietnamese coffee.
Locals drink it with condensed and sweetened milk and it can be served hot or iced. You can also try the egg coffee, which along with the condensed milk is served with an egg and little pieces of ginger in it. 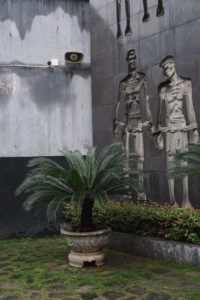 I normally avoid such places, especially after visiting the Museum of War in Saigon, which left me absolutely devastated for hours. But as someone we met on our trip in Vietnam said, we shouldn’t forget what humans are capable of. This is good enough as a reason to go and see the prison.
Ironically called the “Hanoi Hilton” by US prisoners of war during the American war, the building was first used by the French during the struggle of the local people for independence.
Entrance fee: 30,000 Dong 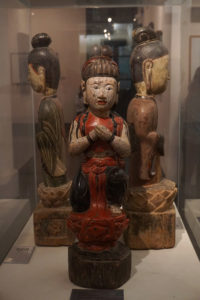 Not so popular around tourists, this museum houses some really beautiful pieces of art. Some of the paintings and the lacquered statues of Buddhist monks made the place really worth visiting for me.
Entrance fee: 30,000 Dong.